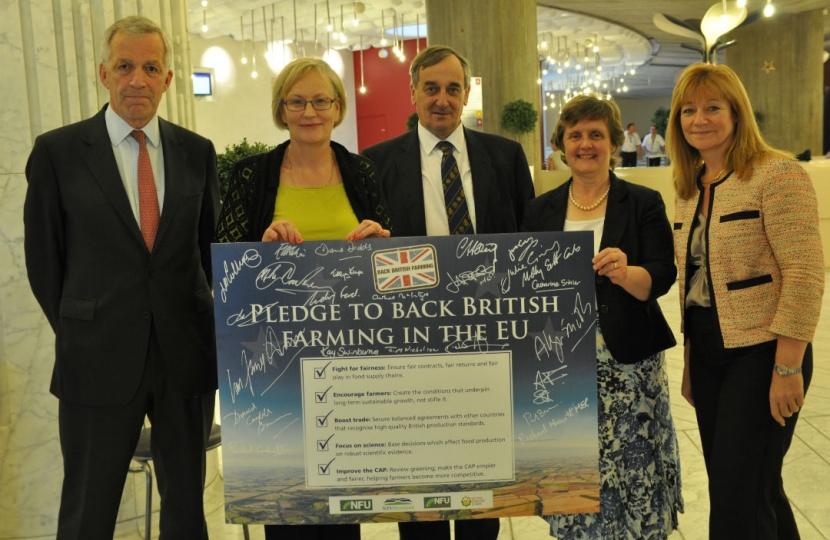 Julie, who is the only South West Conservative member on the Agriculture Committee in Brussels signed a five-point pledge committing support for UK agriculture and backing British growers in producing healthy, sustainable food.

The pledge called for fair contracts, sustainable growth, balanced trade deals with other countries, a central place for science in agricultural decision-making, and a simpler, more-equitable Common Agricultural Policy. Julie signed up to the pledge at an event organised in the European Parliament in Strasbourg by the four farming unions of England, Wales, Scotland and Northern Ireland. She was thanked for her support by the President of the National Farmers' Union Meurig Raymond.

Julie said:  "Farming is the lifeblood of South West England and central to the economy, health and well-being of the whole country.  The pledge to Back British Farming in the EU sets out a clear vision of a fair deal for farming that should reassure consumers while securing a viable future for agriculture. I was delighted to be asked to lend my support and I shall continue to ensure that the voices of British farmers are heard in Brussels and Strasbourg."