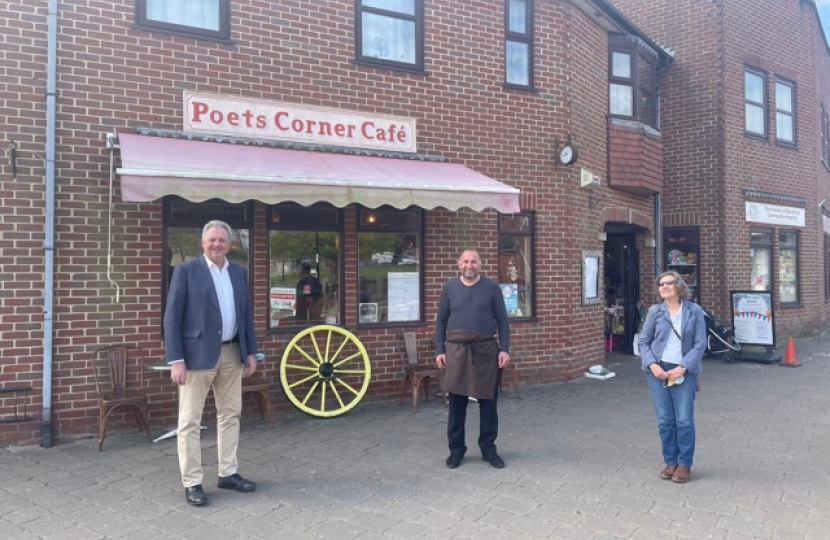 With just 8 days until polling day David Sidwick was campaigning in Sturminster Newton with Councillor Pauline Batstone meeting with Yasser Helvaci owner of the Poets Corner Cafe for 30 years to understand the issues effecting the immigrant communities in North Dorset.

He also met with a local police officer and asked what one thing he wanted him to fix if he became the first ever Conservative Police and Crime Commissioner for Dorset and the response was more resources for the rural policing team.

One of the points on David's six point plan is "To fight Rural Crime, increase the rural crime team and tackle burglary, ASB and farm theft".

The Commonwealth, G7 and NATO Summits