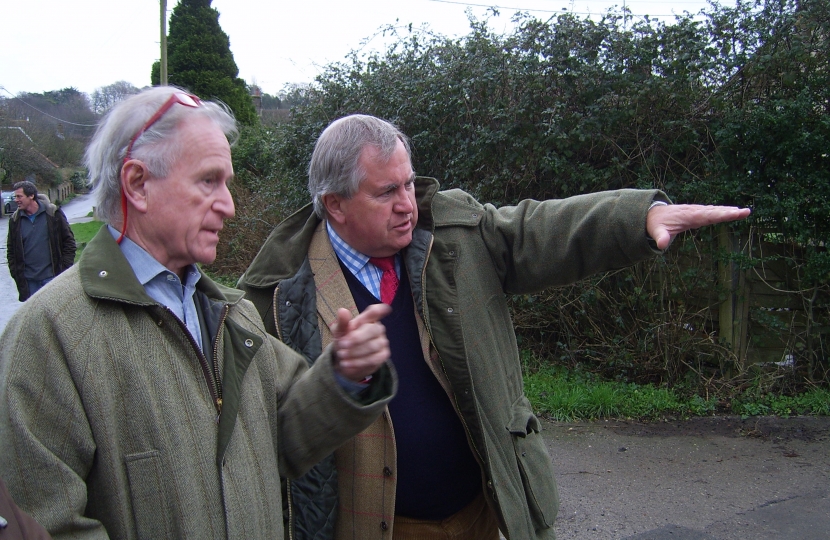 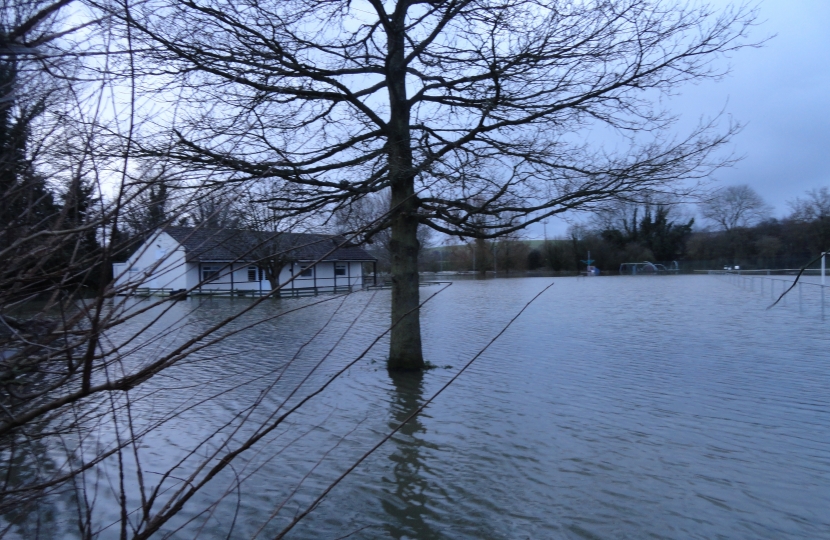 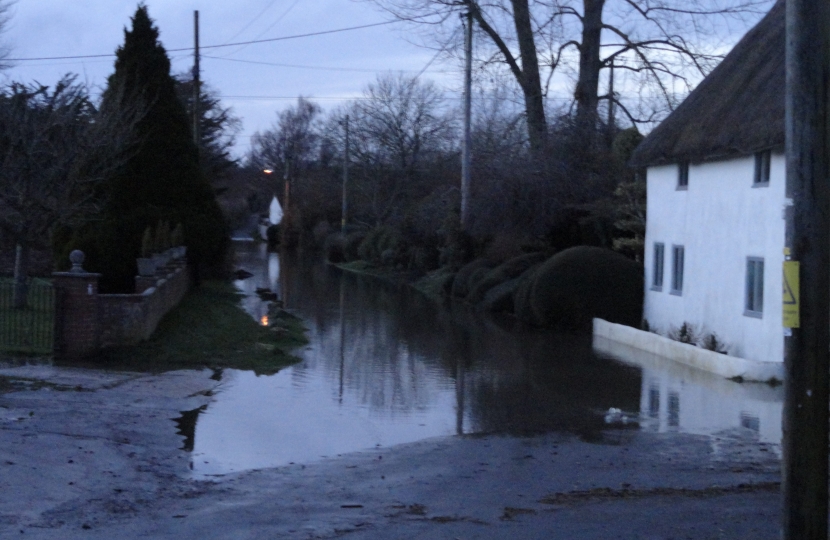 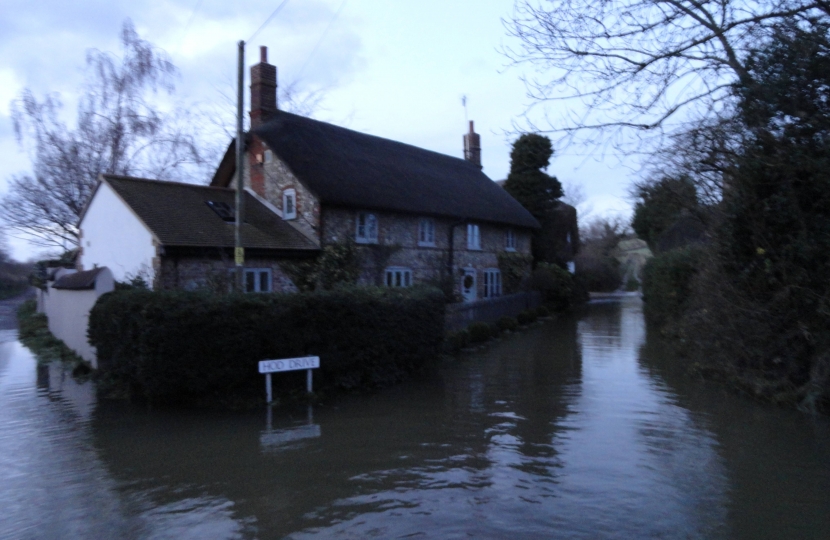 First, Bob visited local Milborne St Andrew Flood Warden, Steve Lord, at his home in the village to discuss why he feels homes and roads north of the A354 are suffering such prolonged flooding on an almost annual basis. Concerns were also raised about the impact of some drivers ignoring road closure signs on Milton Road, adversely affecting nearby properties.

Bob then moved on to Stourpaine in the afternoon to meet with Parish, District and County Councillors, Stourpaine Volunteer Flood Officer, Lyle Adlem, and local residents – some of whom were forced to leave their flooded properties on Christmas Eve. At least ten houses in the village were flooded to a depth of two feet, some for the second time in eighteen months, and Dorset Fire & Rescue Service called in the services of a boat to rescue one resident.

The A354 Blandford to Salisbury Road has also been badly affected, causing problems for road users and villages along the route, whilst groundwater flooding has remained a risk to the east of Bob’s constituency in Sixpenny Handley and the Cranborne Chase area.

A multi-agency taskforce made up of the  Environment Agency (EA), Local Authorities, the NHS, utility companies and the emergency services has recently been put together to work with affected communities.

“Having spent Christmas in the constituency and seen the flooding at Hamoon and Sturminster Newton on Christmas day for myself, it was all too clear that North Dorset had been badly affected by the extreme weather conditions. My heart goes out to those faced with cleaning up after a Christmas ruined by flood waters.

“The purpose of Friday’s visits was to find out from local communities what might be done to help those areas that appear to be persistently flooding and find out why.

“Government is investing £2.3 billion to tackle the risk of flooding by 2015 and has committed to providing the EA with an above-inflation increase of £5 million on next year’s flood maintenance work. These are positive steps. However, what I’m hearing from residents and local farmers is that some of these problems could be resolved locally, with support from the EA. I’ll be taking these views back to Environment Secretary, Owen Paterson, and pressing for further action.”

“The flooding was tragic, even more so on Christmas Eve. We have been trying to resolve the issue of flood relief for over eighteen months; we appear to be a low priority for the EA. The cost this time will run into £100s of thousands and it could have been a lot worse if local people had not reacted so quickly.

“The problem is due to several factors; run-off from Hod Hill and the surrounding fields, the River Iwerne backing up and the River Stour pushing water back along the Iwerne. The ground is then unable to deal with the volume. Fortunately power was restored to the village after eighteen hours.

We were pleased that our local MP Bob Walter was able to visit the site on Friday.”